On the 8th of August we awoke bright and early at 6:00am to begin our 2-hour journey to Mbeya for the Nane Nane festival. The Nane Nane festival is an annual harvest festival held in Mbeya, the southern highland region of Tanzania. We were all pretty apprehensive as it was the link first visit to the festival so none knew what to expect! The journey was long and most of us slept.

Upon arriving at the festival we went through the entrance gates after getting our tickets. At first the festival seemed very agricultural but there were numerous things to do throughout the day. We were taught how to grow avacados (parachichi), a good skill to learn for Imani, perhaps less important for us to learn? There were lots of animals, a snake which a few people were brave enough to hold and even a miniature zoo – Some students paid TSH 2,000 to enter the zoo and see lions in small cages, which was a bit upsetting to see. Me and a few others did not go into the zoo!

A couple of students were not feeling too good, so Ian, one of the group leaders bought a couple of sun-hats for them to wear (not so stylish, but practical!) We later had food and as predicted took around 2-hours (Tanzanian times). After food we took some time to look around the market, there were stalls selling all kinds of handmade goods.

Each year at the Nane Nane festival there is a guest of honour invited to the festival, this year it was the prime minister of Tanzania- Kassim Majaliwa. During the day Julia & Amy's groups had quite a celebrity moment as they actually met with him! The Tanzanians were full of pride to introduce the groups to their prime minister! 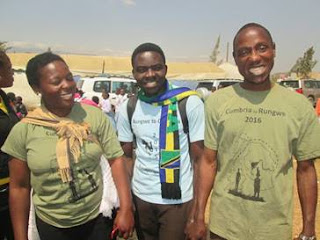 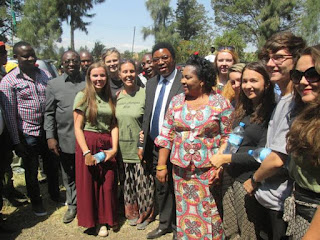 The festival began to get busier the longer we had stayed. Time was against us so we finally had to leave for our long journey back to the bible centre. We were all worn out by this point and everybody was looking forward for some rest!