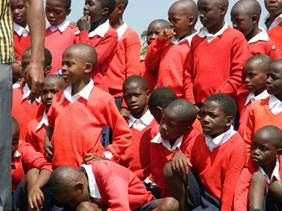 After a short journey on Lulu, we arrived a Masebe Primary School and we were greeted by Chotta, the deputy headmaster of the school and a member of the RCCL. After a short wait, we were shown around the classrooms and school grounds. When we entered the classrooms, the children seemed so excited and happy to see us, which made us feel really welcomed and excited for the rest of the day. We were surprised to discover the number of students in one class, the biggest class had 190 children in and this was the pre-school class!

We then had some time to interact with the children which included bubble blowing, which the children absolutely loved, and singing and dancing to a very catchy song, created by Sarah which has been stuck in our heads ever since.

Shortly after this, it was time for break. We had bread and plantain soup (plantain is a savoury banana), which was definitely a first for us. Julia also got her time to shine and she rang the metal bell, alerting the children that break time had finished. 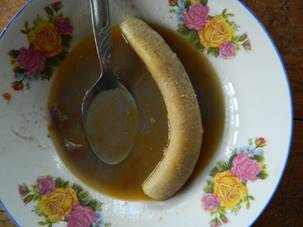 The school then headed down onto the field, which was just opposite, to show us some of their talents. We were all assembled into a large circle to watch the school's performance. The students did an assortment of flips and walked an impressive number of meters on just their hands. Some of the flips looked so dangerous and risky, we were all nervous watching a few of them, but they were all executed amazingly and there were no injuries in sight. 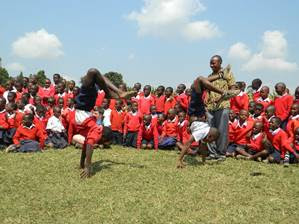 After the performance, we had more time to get to know the children. They introduced us to a new game, it was a mixture between football and netball, they were definitely much better at it than us. Also, we had a tug of war competition, UK vs TZ. I think you can guess that team Tanzania won, although they had so many more on their team. After having fun mingling and playing with the students of Masebe School, we gave them some gifts, including rugby balls, books and colouring pencils.

Having given the school these gifts, we left the children, playing with their new sports equipment, and went to eat our lunch. The lunch at Masebe was good, we had rice, roast potatoes, various meats and sauces. Additionally, we got soda which was perfect after playing and running outside in the heat. Once we had eaten our lunch, we left Masebe Primary School, having had a lovely day looking around the school and meeting the very welcoming teachers and children.