Tuesday and Wednesday were our last two days in a Tanzanian school. We spent the morning on the long five-minute walk to school, so we were all able to have a well-deserved lie-in. Once all the introductions took place, we all got into different groups to discuss multiple ideas about the play. Each three groups came up with two different ideas, one comedy and one tragedy.

Everybody voted on the idea they liked best and the winning one was "Becky says no" which was in fond reference to a group joke of "Becca says no". The group decided on the different elements of the storyline. The plot ended up being based upon the students desire to cross the Malawi border, despite not being allowed through via border control. There was a worrying but very entertaining encounter with some crocodiles when using the river to enter Malawi. This led to the group leader, Becky, having to save them but she got thrown into border control prison where she met some scary characters. The students created a plan to save Becky which involved their rendition of the YMCA. Becky is saved and everyone celebrates with a favourite Tanzanian song, Tomogeli. 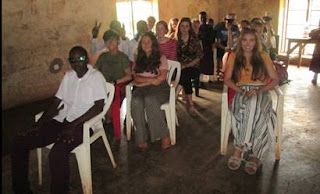 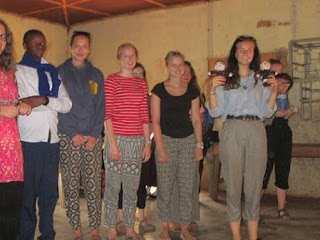 After many rehearsals and much planning, both the English and Tanzanian students performed the play "Becky says no" to all of the teachers and students at Lutengano. Everybody found the play hilarious and very entertaining. The final programmed day was ended with a lovely meal prepared by the mamas at Lutengano.