Today was a very early start for everyone, especially for cook team three who had to get up at 4:45 to prepare breakfast. We set off on the hour long walk, to Kisondela secondary school, just before sunrise. 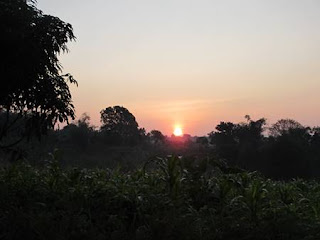 When we arrived at Kisondela we were quickly grouped and were escorted to our classes. Groups either shadowed Form 3 or Form 4 students, which are the equivalent to year 10 and 11. Every group had a different timetable; my groups first lesson was geography but others had English or maths. In geography we learnt about the characteristics of rivers; the teacher took the whole class outside to participate in a practical, where a few students poured buckets of water out on a slight hill, to show how the channels form together to create a river. We then had another one hour and twenty-minute lesson in biology. The lesson was about the classification of living organism; all of the English students found it quite challenging. 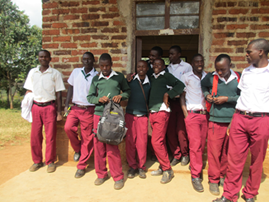 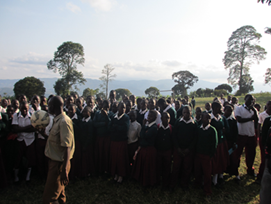 It was very interesting to see how different the teaching styles are in Tanzania compared England. One of the major differences was that students remained in one classroom all day and the various subject teachers came to the them rather than students moving to different classes. Due to the lack of resources the classrooms were very basic in comparison to the likes of St Benedict's and Westlakes; the majority of students had a wooden desk to themselves but some had to share, there was no electricity in the classrooms so the teacher just used a chalkboard. Nevertheless, the Kisondela students did not let this phase them as they were all very ambitious; many had their sights set on prestigious careers such as doctors, engineers and teachers and some even aimed to be the president of Tanzania. 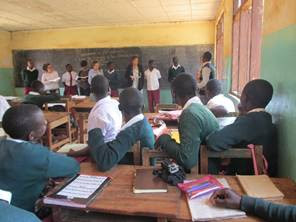 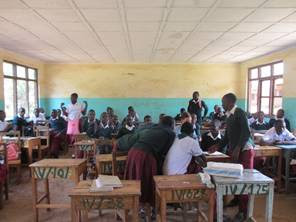 After all nine lessons were over, we were all really hungry. Dinner time wasn't until 2:30pm; we were christened with traditional Tanzanian ugali (maize flour with water) however Kate's christening was different because it took place in the physical form of beans being poured over her (beans make her bork). We also had to eat with our hands, which we were not used to, although we embraced it as it is a cultural exchange.

After dinner, we all went to the sports field to play a game of football against the Kisondela students. Surprisingly we won 3-2, probably due to Robyn's impressive mid field skipping abilities.

Overall is was a really interested day and we all learnt a lot about the culture and the education system in Tanzania. 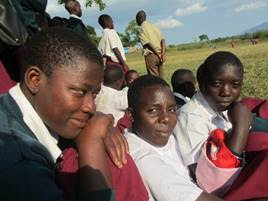 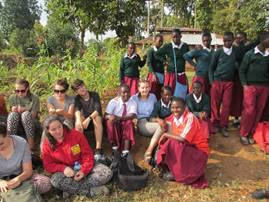 P.S. quick poll: if there was a giant spider in your bedroom, which could potentially be deadly or cause a slight rash, would you…

b) let it run around the room causing havoc 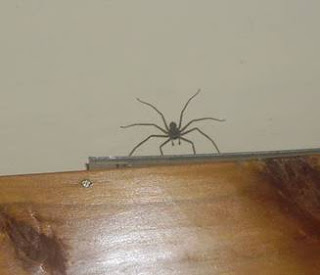 P.P.S The spider is NOT deadly, before any parents get too concerned. I propose addition to the poll of option c) Humanely remove the spider from the room. (P.P.S added by Amy)