After an early start of 4.30am the journey was properly underway, many people commented the it didn't feel real yet and someone even said that it felt like it must just be a trial run! 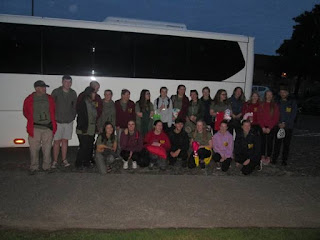 The initial excitement was soon over taken by lack of sleep and most people had a nap on the bus either intentional or unintentional. Plenty of queuing in Manchester airport ensued meaning we didn't have all that much time to spare in the airport. After boarding the plane, it started to feel a lot more real for everyone. 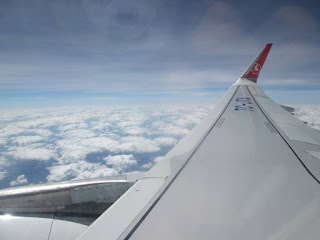 What followed was what seemed like an endless stream of food, drinks and flight changes (although in reality it was 2 meals and 1 flight change). 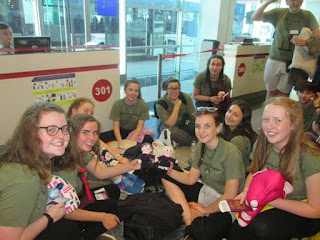 We finally arrived in Tanzania at 2.30 am and after passport control and baggage collection, we finally escaped to be greeted by some friendly faces! Some meeting new friends and others being reunited with old after 2 years. 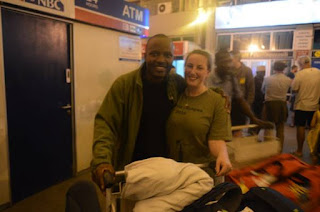 We boarded a bus and finally arrived at the Salvation Army, where myself, Becca, Ian and Julia were astonished to see the changes! No sooner had I finished telling Julia that the memories would all come flooding back once we arrived at the Salvation Army accommodation, than we arrived and everything had changed! All past link members will be amazed at the changed and progress that has been made since we were here last. Brand new, modern accommodation has been built!

Even my fascination at the changes couldn't keep me awake for long and after checking that everyone was settled in their rooms we finally crashed out at about 5am!

I can't wait to see what the students have to say about this adventure over the coming month, I hope you all enjoy following this blog and can, at least in part, take part in this experience with us.