On Monday morning, the focal activity of the outward programme really began: school visits. The first school on our agenda was Kisondela Secondary School. As will be the case with all our secondary school visits, we were scheduled to visit Kisondela over three days; the first of these days being the infamous 'welcome day'.

The journey to Kisondela takes around one hour from the bible centre on foot so we had to be up early enough to get breakfast and be on our way. We had arranged for a taxi to carry the large bags of gifts that we had procured for the school, while we trudged the dusty, uneven paths, shortly after sunrise.

At 9am exactly, we arrived at the school and engaged in the Tanzanian greetings to which we have become so accustomed. There were 'shikamoos' dished out to anybody seemingly official looking, some of these appropriately (the headmaster of the school), others less so (his PA). We were then taken on a tour of the school compound where we saw crops being grown for pupils' school meals and were awestruck by the beauty of the school's surroundings; vast mountains and abundant palm trees made the area seem more fit to be the setting of a novel than a place to learn maths, English and science. 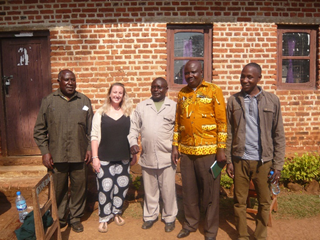 The 'Officials' and Becca

After a traditional lunch of rice (Tanzania's favourite carb) and beef, we were taken outside for the real welcome to begin. We were blown away by the scale of the event; hundreds of people, from teachers, pupils, education officials and even local villagers, were assembled to make us feel 'warmly welcomed' at their school. We heard speeches from several officials thanking the link for our contributions of resources, past and present. We heard about the progress of the current project, the construction of a new administration block, and were able to see that it was going well. But, perhaps most importantly, we saw passionate performances from the pupils that had clearly taken weeks of time and effort to perfect, all for us. It was amazing to see the wonderful dances and remind ourselves of the true purpose of the trip: the cultural exchange. We were even invited to take part in some of these dances, which was hilarious. The audience were clearly entertained by the 'wazungu' trying to match the rhythm and enthusiasm of the Tanzanians (I still haven't quite mastered the ululation sound, but I'm trying!). 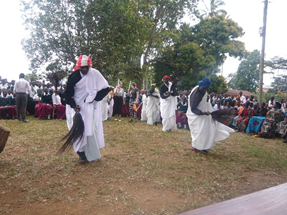 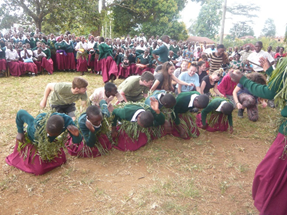 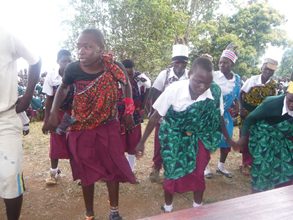 To finish off a fantastic day, the English students were invited to play volleyball against the Tanzanian students. All our students took part and even Julia and Andrew 'took one for the team' so that some leaders were represented in the game. Partly because the rules of the game were only followed loosely, and partly because I spent the majority of the game horizontal working on my tan, I'm unsure which team won. Regardless, both teams seemed to have a great time.

We headed home that day on the long and winding road to Lutengano tired, happy and overwhelmed by the welcome we received from a school so limited in material resources but so rich in love.