Rolling out of bed into our 'church clothes' – a phrase used for the only bits of clothing not yet covered in dust – we ate a breakfast of pancakes and sugar, with chai or hot cocoa.

After much confusion over cook team 3's ability to simultaneously clean up after breakfast and get ready for church, we piled onto Lulu, the infamous CRCL bus that I'm sure has already been mentioned in previous blogs. Hurtling across Rungwe's pothole-infested roads (nearly as bad as Whitehaven's) and bolder-like stones, we finally arrived at Ano's church.

The church was decorated with some children hanging precariously from a climbing frame outside, in brightly-coloured kangas and the tiniest buckled shoes. Many were accompanied by mothers with babies dangling from slings made of kangas on their backs, and vibrant patterned dresses made at the local market. Dressing up for church is a must in Tanzania, and the 'Sunday best' tradition is still very real.

Because we were early when we arrived, we sat in for the end of the first session of church – bible study. Despite being spoken in Kiswahili, the faith and passion many of those in the church had transcended language. It was very clear to see how much God means to this very small, very rural community.

The second session of the service was devoted to evoking Jesus – this was done through song and dance. We were told to expect a more lively service than those we were used to in England, though none of us expected the appearance of two gargantuan speakers and a full routine. For the next two hours we spent at the United Assemblies of God church, we were encouraged to join in singing, dancing and praying. We sang a few songs of our own, Colours of Day and Amazing Grace included.

Afterwards, we were invited into the pastor's office, where we were offered chai and tiny sweet bananas with the ends cut off. Becca picked up her third handwoven basket of the day – a traditional Tanzanian wedding gift. Many karibus were exchanged, and we felt just as welcome as we have throughout our time here. 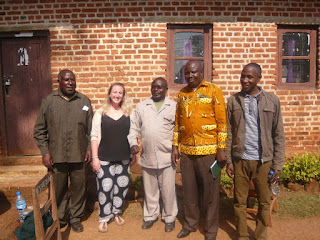 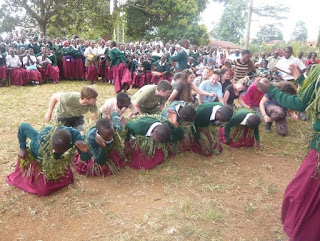 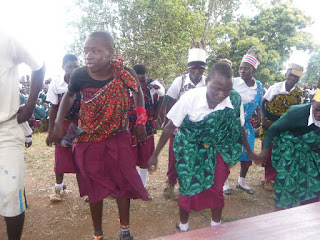 After church, we hopped back onto Lulu and drove to Dorothy's (an RCCL leader) teacher training college. We went on a tour around the grounds, and met some of the college's students. The grounds were beautiful, and we saw more of the oh-so-familiar Coca Cola billboards that seem to plaster every inch of advertising space.

Unbeknownst to us, Dorothy and her helpers had prepared a huge feast under a makeshift gazebo. Traditional Tanzanian foods such as rice, fried plantain and pili pili peas were accompanied by familiar foods like roast potatoes and spinach. Boxes of sachets of Konyagi and bottles of Serengeti beer stood with crates of 7up and tropical fruit juices.

About 30 minutes later, all that remained was one crate and three questionable pieces of pork. All the while, a combination of Western rap and hip hop music and what can only be described as some version of Tanzanian Bollywood music was blaring through some more Marshall speakers. It was a surreal experience to say the least.

The afternoon turned into evening, and the evening turned into night. Everyone was up and dancing;

Soon it was time to leave, and after several group photos and many hugs, those going on homestays went one way while the rest of us went back to the bible centre.

We finally went to sleep, wondering what our first secondary school visit would be like.